The System, The System – Touching It Is Uncomfortable

The system is on everyone’s lips. It is discussed skeptically, angrily, defensively, glorifying or contemptuously. But it is not fundamentally questioned. The skepticism that is spreading even in the bourgeois milieu is abhorred. Yet there are good reasons to question this system in principle.

A Climate change that can no longer be stopped, more than 65 million people worldwide on the run, a predicted pandemic – the end of a feel-good world order is palpable and can no longer be overlooked. And yet, at the start of the shutdown, more than 200,000 vacationers still had to be brought back from party zones around the globe when air travel suddenly collapsed.

The countries that have spent the last 250 years establishing industrial society and imposing its system on the world are giving up on themselves. Britain is no longer even a leading country in Europe; it has left and made a clown prime minister. The people of the U.S., whose Constitution has always been considered the foundation of modern democracy, have used their right to vote to make a self-serving racist, sexist, and would-be dictator the most powerful man in the world, and are exiting with him from one multinational organization after another. Hardly anyone but his constituents seriously believes that this will make the U.S. great again.

You could say the system we have is outdated, downright rotten. The system of parliamentary democracy, for which the right to vote is the supreme good, is proving inadequate to deal with the challenges of the day. And those who shaped it are performing it like a caricature of themselves. 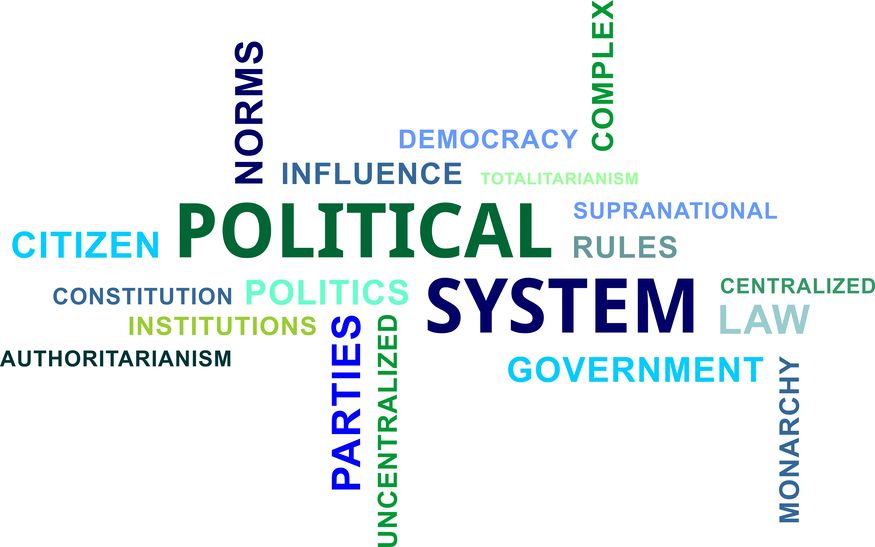 Yes, that is the big question. What kind of system could society build for itself to actively confront globalization, climate change, digitalization and artificial intelligence? With which it can begin to shape things instead of merely reacting to one disaster after another – if at all? There is no answer to that at the moment. It’s not even as if you would come across any circle in the otherwise seemingly omniscient Internet that is thinking about this. Because the system we have is the only one we know. It is the last part of the old order of the world that – at least in Germany – is not yet over the Jordan River.

Now to question this system itself makes people even more afraid than all the catastrophic things they are confronted with every day.

And yet, this is exactly what we should be thinking about. With a look at the first and second revolutions of mankind and how mankind has dealt with them. Because we are in the middle of the beginning of a third revolution of mankind, even if it does not have a name yet.

The first two revolutions of mankind

The first, the agricultural revolution, the shift from hunting and gathering to breeding and cultivating, lasted from the Neolithic period, 12,000 years ago, to about 1,000 BCE. Toward the end of those nearly 10,000 years, the Greeks struggled for a few centuries to find what they considered the best form of democracy. In the process, they abolished the right to vote, which seemed to them to be one of the greatest shortcomings. Aristotle considered elections to be aristocratic and only the drawing of lots to be democratic. The free Greeks who did this were landowners, peasants, knowledgeable people, and teachers who thought about the course of the world and translated these thoughts into social reality. They could do this because the slaves, the women, the migrants and merchants prepared food for them while they debated in the agora. And because they were the recognized representatives of the agricultural revolution.

The second, the Industrial Revolution, began 250 years ago in Europe and the USA, and right at the beginning the free men of the new society, the aristocrats, landowners and now above all the factory owners, ensured a kind of democracy that had nothing to do with the ancient Attic one. For the founding fathers of the USA, the right to vote was precisely the guarantee that the rich and educated would retain power in their hands. To this day, no one can start an election campaign in the USA who does not have millions and millions at his disposal. In the beginning, you could even vote only if you had to pay a certain amount of taxes, and women and blacks couldn’t anyway. Again, the slaves, the blacks, the women, the poor made sure that the free white men had the time to gather in Town Halls and draft the constitution of the new age. They were recognized as representing the future of the new industrial society.

Today – at least in Germany and large parts of Europe – women, blacks and the poor also have the right to vote and stand for election. All are equal and free before the law. But there is a class of people missing to whom anyone would entrust the shaping of the future. The Internet giants are not, the trillionaires among the financial investors are not, and the industry executives and their associations themselves no longer understand what is happening to them. The intellectual elite and the media of all kinds have no answers. Why don’t we set about shaping the future in which no longer any individual groups call the shots? Why don’t we question the system and its strangely sanctified right to vote?

In individual cases, commissions put together by lottery have shown that much better laws can be created much more quickly in this way.

For example, the new constitutional article that has been protecting the rights of homosexuals in Ireland for a few years now and was supported by more than 60 percent of the people.

There is no need to follow the so-called “Querdenker” onto the streets of June 17 in Berlin. They just want to shout out their fear and anger about the new reality that they no longer understand, that takes away their celebrations and luxuries without regrets, and also the normality that is so important to them.

But we need to think about what kind of future should come after the end of the known normality. How we can shape it. How we can ensure in it for people a life in dignity and mutual respect. I am looking for people with whom I can exchange such thoughts.

← Previous article: The AI Compass is on sale Next article: AI Compass in Chinese and at AI Marketplace Launch Event →