I was born in June 1951 in Krefeld-Uerdingen. Directly on the Rhine. At the westernmost tip of the Ruhr area. I grew up in Krefeld until I graduated from the Ernst-Moritz-Arndt Gymnasium, now the Hannah Arendt Gymnasium. The last years before the graduate in 1972, however, already had a strong connection to Heidelberg. After the murder of Benno Ohnesorg in 1967, I was drawn to the protest movement, which had one of its centers in Heidelberg.

From 1972 to 1974 I studied politics, history and law in Heidelberg. After the founding of the Communist League of West Germany (KBW) in 1973, I joined the Communist University Group, its student organization. Because of my participation in a student strike at the Institute of Political Science, I was banned from the University of Heidelberg for one semester in 1974, broke off my studies, and worked as an unskilled laborer in the Heidelberg company Graubremse. 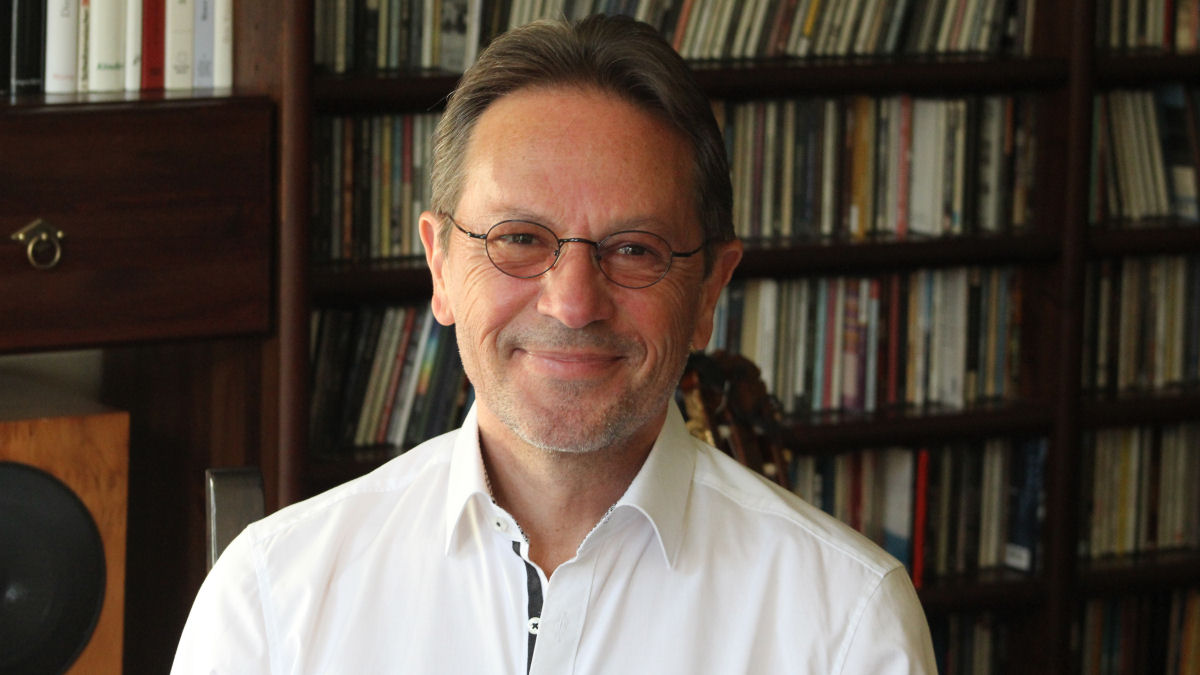 At Audi in Neckarsulm, I retrained as a toolmaker and was then employed as an NC programmer at the Heilbronn toolmaking company Drauz. From 1980 to 1985, I studied precision engineering at the Heilbronn University of Applied Sciences. During the practical semester at Kolbenschmidt in Neckarsulm, my task was to reprogram the company’s own CAD system for piston design, combined with a new interface to the Nastran calculation system. After graduating, I got a job at Kolbenschmidt where I was responsible for the adaptation and further development of the company’s own 2D CAD system as well as the 3D CAD/CAM system EUKLID from Fides Informatik, a subsidiary of Credit Suisse in Zurich. Thus I came to my professional life topic industrial software, which did not have this name at that time.

From 1987 to 1989, as an editor for the CAD-CAM Report of the Dressler publishing house in Heidelberg, I was responsible, among other things, for numerous test reports on the first commercially available CAD systems. Then I started my own business as a freelance trade journalist and book author. My first focus was on reports about the use of the leading CAD systems in the industry on behalf of the vendors.

Since 1994 I have been publishing management books on the development of IT in industry. Since 1995 I have been organizing a special interest group of CEOs and marketing directors of important vendors of software and services for the industry (initially called CADcircle, since 2002 sendlercircle). The topics are technological developments, research projects and requirements from the industry. In 1996 I chose Munich as my place of residence.

Since 2012 I run an independent news portal (first plmportal.org, now www.industrie-digitalisierung.com), which is also listed as an independent knowledge portal at the German National Library. It serves the continuous observation, analysis and description of the development of the digitalization of the industry.

In the mid-teens of this century, I also began to re-focus more on political and social issues, especially in connection with the development of industry, its products, and the technologies used there. In 2017, my essay “Humanity in Transition” appeared in Informatikspektrum. This was followed by my first popular non-fiction book, “Das Gespinst der Digitalisierung – Menschheit im Umbruch – Auf dem Weg zu einer neuen Weltanschauung.” It explores the connection of political revolts and populism in all Western societies with digitalization and the decline of industry.

My most recent book, “KI-Kompass für Entscheidungsträger,” Carl Hanser, Munich 2020, attempts a realistic classification of the maturity of artificial intelligence and its significance for industry and Germany as an industrial location. It is also available in Chinese, making it the third of my books on the Chinese market. Industry 4.0, Industrial Artificial Intelligence and the Internet of Things are the main topics on which I have been invited to China for lectures since my first book on “Industry 4.0” was published in the middle of the last decade. It is possible that this activity will continue after the pandemic.

I have been a Wikipedia author and member for several years, as I find this initiative extremely useful. Since 2021 there is now also a German Wikipedia entry about me.